Our company started from the ground in the 70s. With just a few bags of potatoes, a lot of determination and after years of hard work, José Luis Conde Bugueiro was able to establish a small shop for selling potatoes located in the Plaza de la Marina, in the city of Ourense, Spain.

Thanks to this perseverance and good work, the store paid off.  This allowed, already in the decade of the 80s, the company to expand its social fields to the wholesale of potatoes by moving to the key potato producing area in Galicia. We are talking about Xinzo de Limia, of course. Warehouses were built, along with important technological innovations like cold storage and potato washing. From this centre and headquarters, the company begins to sell its products not only throughout the Spanish territory but also beyond its borders.

Since then, Patatas Conde has worked together with the biggest potato producers in the region of A Limia, in the Spanish province of Ourense, as well as with other producing areas in the rest of the country. The supervision of the whole process has been, and stills is, our fundamental role. 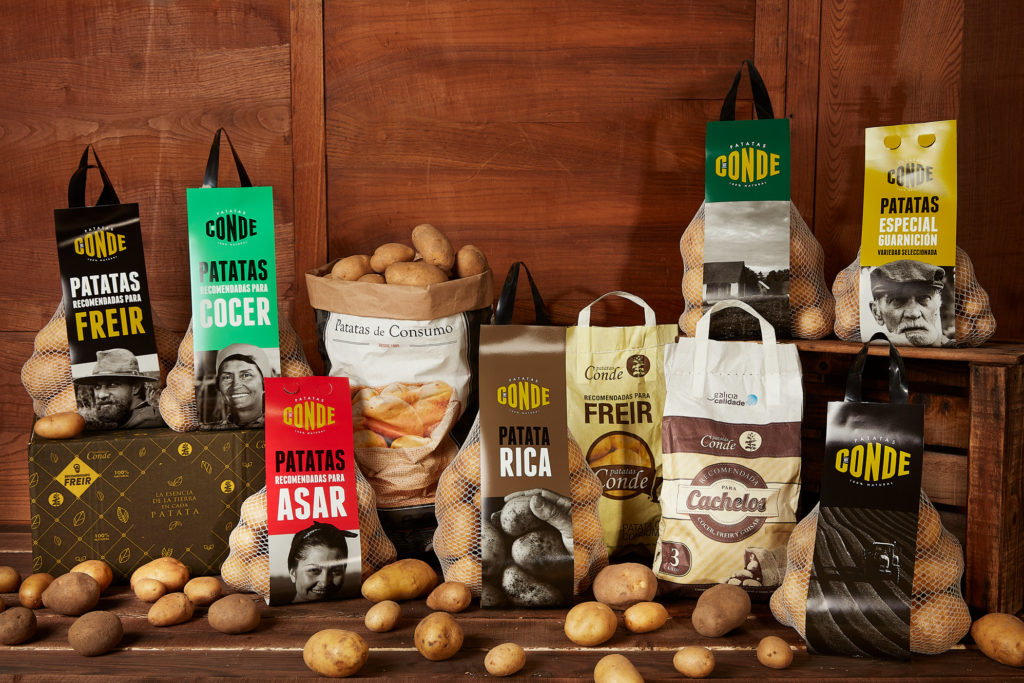 And so we come to our days. Currently, Patatas Conde operates on the three major areas demanded by the market selling:

Since 2016, a generational renewal has been carried out to manage a company with centres located in Xinzo de Limia (Ourense), Fuentespreadas (Zamora), Villar de Torre (La Rioja) and Valladolid, all of them in Spain.

Thanks to all these years of work around 30 million kilos of potato of the highest quality set off from our warehouses every year.

Anyway, we never settle. Our company is always trying to keep growing and improving. For that matter, we are working on a project to spread new trends in product packaging. All this to continue moving forward, taking steps every day to achieve our goals.

In 1996, we joined the Patata de Galicia Regulatory Board, with the purpose of marketing the CACHELOS CONDE, a potato of the Kennebec variety that is covered by the council.

In recognition for our work as packers of cachelos, we have been awarded by the Patata de Galicia Regulatory Board several times, with the first prize for plant packaging.

With the desire to continue improving and satisfying our customers, in 2004 we were granted the certification under the ISO 9001 standard for Quality Management Systems, for the storage, marketing, and distribution of potatoes.

During that same year, we became part of the Asociación 5 al día, Five a Day Organization, as a professional partner, to collaborate in spreading the message of a healthy diet and contribute to the improvement of the eating habits of society.

In 2010, we obtained the license to use the GALICIA CALIDADE brand, which covers our flagship product, CACHELOS CONDE, and certifies its quality as a Galician product. 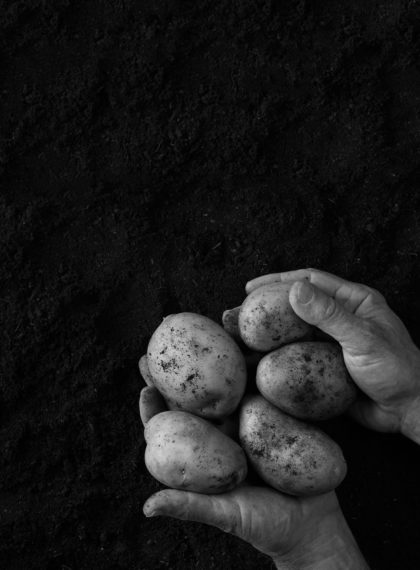 Associations we work with

Fepex is the Spanish name for the Spanish Federation of Producers and Exporters of Fruits, Vegetables, Flowers and Living Plants. It is a sectoral organization whose main functions are:

Patatas Conde is part of the Spanish National Association of Production and Trade of Fruits and Potatoes. Its main objective is to work for the benefit of the potato sector in these different areas:

It is the Spanish name for Five a Day, which is part of the Spanish Association for the Promotion of Fruit and Vegetable Consumption, a non-profit organization that promotes the consumption of at least five servings of fruit or vegetables a day among the youngest members of households. Healthy eating is critical for good physical and psychic development. As a company in the food industry, we are delighted to be part of this initiative.